Uruguay has a strategic location in the region just 45 minutes flight from Buenos Aires-Argentina and 2 hours from Sao Paulo in Brazil.
Favored with more than 1000 kilometers of coastline to the Atlantic Ocean and Rio de la Plata, the country offers a wide variety of beaches that border hills, desert dunes and extensive rural areas of green fields. In contrast to this vast wild nature, modern constructions are displayed in the city area, which with colonial, classic and Art Noveau styles. Montevideo, capital of the country, stands out as one of the best cities in the world to appreciate the Art Deco style and recreate periods in its varied sceneries.

Uruguay is also a cosmopolitan country, which offers solutions to the most specific and varied castings. The marked western root of its population has been enriched by frequent immigration from almost every corner of the world. In addition to the advantages offered by this remarkable melting pot of races and varied rural, coastal and urban landscapes in maximum distances of 600 km, there is the predictable and safe transit through the region's clearest roads and a naturally warm and friendly population characterized by its openness to the world and its cultural background.

The recognized professional level of the Uruguayan technicians and the important film infrastructure of the audiovisual industry constitute real competitive advantages and make the experience of filming in the safest and most transparent country in Latin America unequaled.

Uruguayan cinema: the rebellion of one David against two Goliaths.

According to the famous critic Nicolás Azalbert, Uruguayan cinema presents "the rebellion of one David against two Goliaths". He said so in the French magazine Cahiers du Cinéma to refer to the undisputed place of Uruguayan cinema on the international scene with a market of only three and a half million inhabitants.

In Uruguay, national cinema was consolidated at the beginning of 2000 with three films that inaugurated its renovation: 25 Watts, En la puta and El el mar. These films mark the imprint of an auteur cinema that achieved its first national law in 2008 and obtained 200 international awards in just 10 years.

In tune with the great creative moment that Uruguayan cinema is experiencing, as evidenced by record numbers of premieres, the last few years have witnessed a quantitative jump in the number of spectators in theaters that has doubled for national films. Uruguay has one of the best ratios between the number of national releases and Latin America's GDP.
In the last year, more than 15 Uruguayan fiction and documentary films were selected in festivals and international markets.

Uruguay co-produces with Ibero-America within the framework of the Latin American Agreement and the Ibero-American Cinematographic Co-production Agreement.

It also has co-production agreements with Argentina, Canada and Italy and maintains a cooperation protocol with Brazil for the financing of projects in co-production of fiction, documentary and animation feature films, with a bi-national call that finances one project from each country per year. 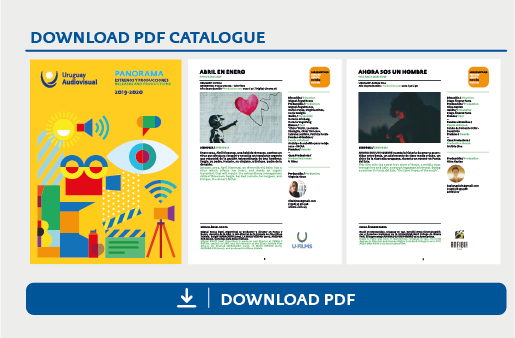 Uruguay has also been selected by international channels for the realization of its contents with Uruguayan production services. The case of HBO that filmed two seasons of its series El Hipnotizador (The Hypnotist) stands out.
Important international filmmakers such as Emir Kusturica and Brian de Palma choose Uruguay as their destination and rely on Uruguayan technicians for their productions.

In national cinema, the success of films such as Whisky awarded in Cannes, Giant, Silver Bear and best Opera Prima in the Festival of Berlin, La , awarded in India and Berlin and the Uruguayan-Colombian animation co-production Anina, awarded at the Cartagena Film Festival and BAFICI.

The visit success of the titled Panic Attack led Uruguayan director Federico Álvarez to Hollywood to direct a feature film (Evil Dead) for this industry. He led the box office in its premiere and raised 26 million dollars. Álvarez continued to direct feature films in 2013 and 2016 that became international hits.

Also noteworthy is the case of a novel series format for internet titled Tiranos Temblad (Trembling Tyrants), which its director Agustín Ferrando Trenchi took to export it and work directly on its adaptation for Cartoon Network.

Uruguayan advertising also has a long tradition that has been endorsed by numerous awards for creativity and realization, obtained in the international festivals of Cannes, New York, FIAP, Gramado and Clio Awards, among others.

Looking to contact with producers of audiovisual in Uruguay?